Taiwan tea is an important branch of Chinese tea. History is not too long. Based on domestic and foreign literature records, Taiwan’s tea is roughly originated in the middle and late 17th century, and it has a history of about 300 years. However, the South China Tea Area in Taiwan has a humid climate, abundant rainfall, and slightly acidic soil, which is very suitable for the growth of tea trees.

Therefore, after the introduction of tea trees in Taiwan, it was rapidly popularized and promoted. Nowadays, tea trees are planted throughout Taiwan Province. Taiwan tea is deeply influenced by Fujian oolong tea. Whether it is the tree species of the tea tree or the production process, most of them are relocated to Taiwan and Guangdong tea farmers to Taiwan. 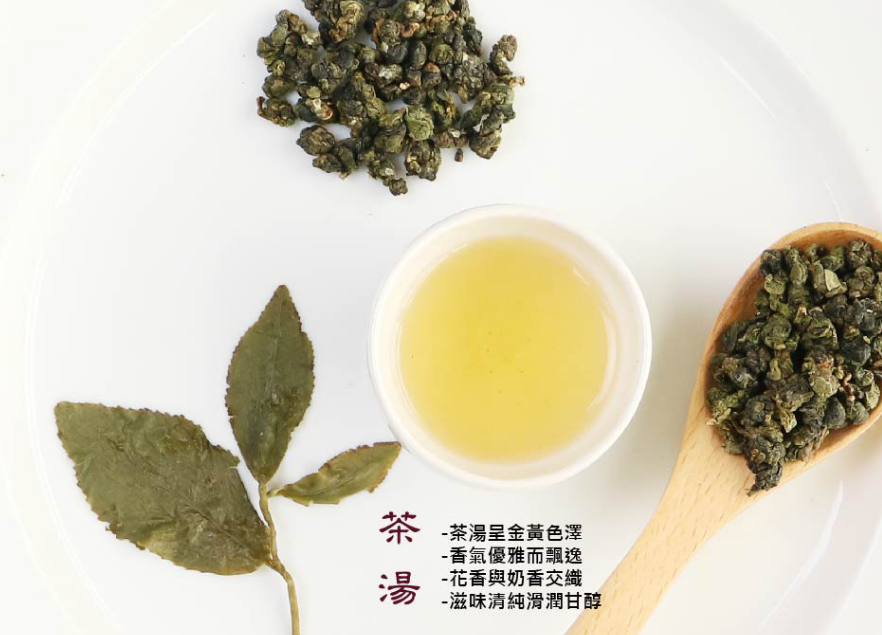 Frozen Uolong is one of the most famous oolong tea in Taiwan. It can also be said to be a typical masterpiece of Taiwan oolong tea. Its place of production is Lugu Township, Taiwan. The altitude of the entire tea garden is above 600 meters, and many of them are even 1,000 meters above sea level. So frozen top oolong tea is also called Takayama Tea.

Strictly speaking, frozen -top oolong tea is mild or moderate fermented tea. It takes green oolong tea trees as raw materials, and the degree of fermentation is between 35%and 50%. Therefore, the color is dark green oil, the aroma is high and elegant, the tea soup is yellow and green, and the taste is sweet and rich.

Wenshan Bags is a Taiwanese oolong tea with frozen top oolong. Jin Yong’s novel “Tianlong Babu” has Nan Murong and Bei Qiaofeng, and Taiwan ’s oolong tea has North Wenshan and South Frozen top. As a result, Wen Shanbao has the status in the minds of tea friends. 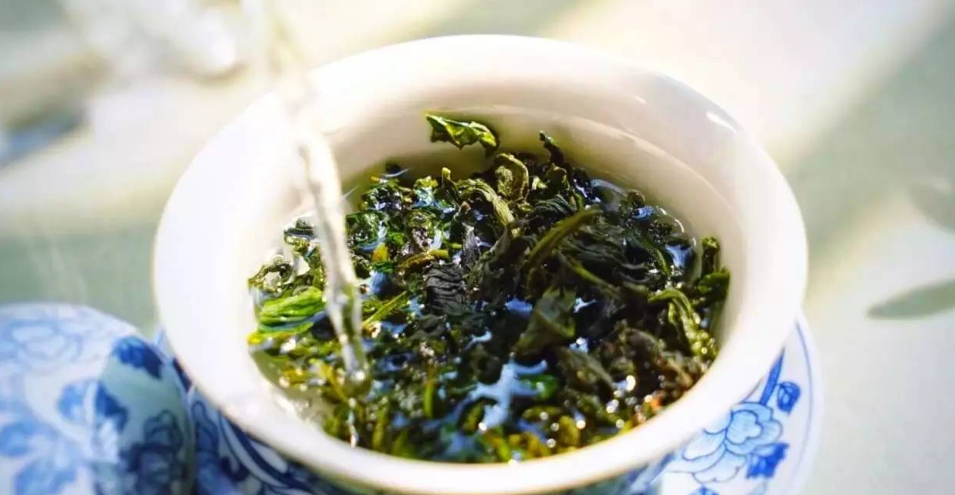 Wenshanbao tea was originally produced in Taipei City and Taoyuan County in northern Taiwan Province. Its manufacturing process was processed by the manufacturing method of Fujian Wuyi Rock Tea. However, the fermentation of Wenshanbao’s tea is lighter, only about 20%to 30%, which is a mild fermentation oolong tea, so it is also called clear tea. Wenshan bags are green, the aroma is quiet, the soup is green with golden, and the taste is sweet and moisturized. It is also a treasure in tea. 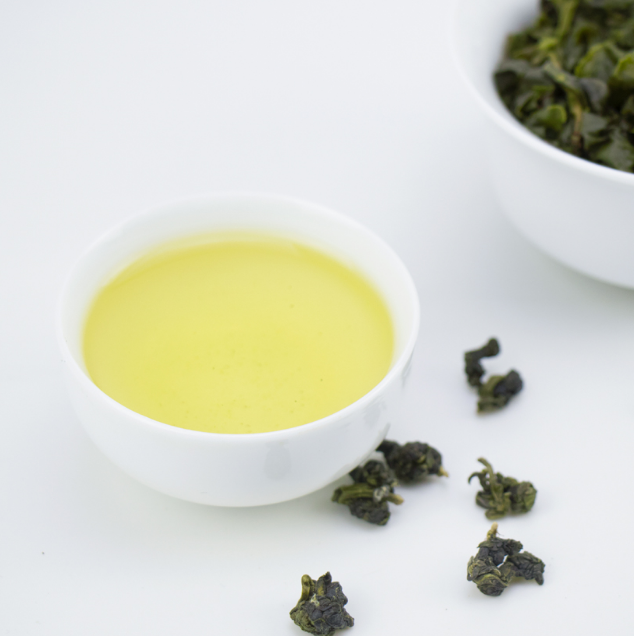 Alishan, Taiwan is particularly famous, because the local geographical environment is very superior, the clouds are steamed all year round, the water is abundant, the sun is sufficient, and the tea garden is high, most of which are above 1000 meters. As the saying goes, high mountain clouds have good tea, and Alishan Gaoshan tea is one of the most famous tea in Taiwan, so it is very popular among consumer groups.

Alishan Gaoshan Tea Garden can produce tea throughout the year. It has both the fragrance of spring and high autumn. The soup of Alishan Gaoshan Tea is orange and bright, the aroma is clear, the taste is sweet and mellow, and the aftertaste is long. 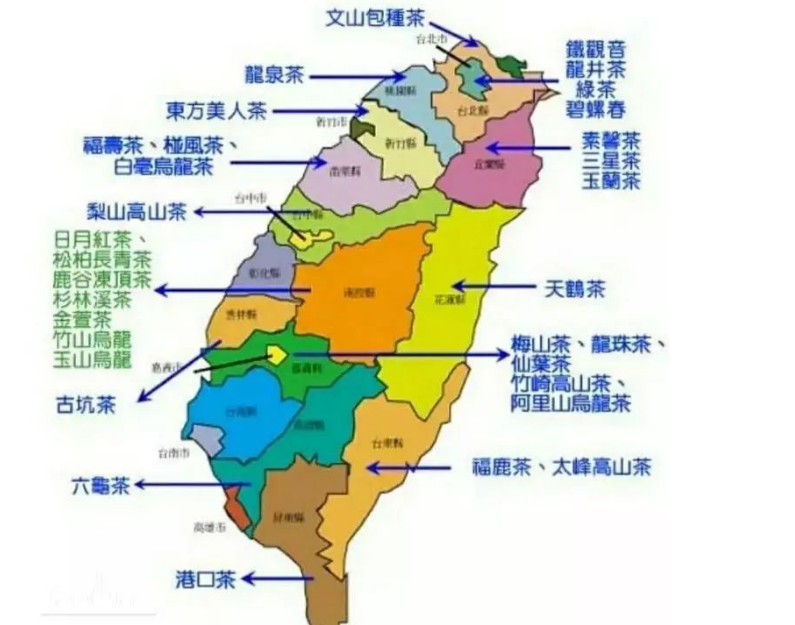 Oriental beauty tea, tea is as famous as its name, it is very beautiful, the tea buds are white, so it is also known as white murmine tea. It is said that the name was named Queen Victoria because he was like a classic beauty from the East, which was breathtaking. Oriental beauty tea is not bitter or astringent, the taste is mellow and sweet, the soup color is bright and thorough, and the natural honey and fruity aroma exudes it.

In Taiwan’s oolong tea, Jin Xuan tea is also a very familiar one. Because of its tea tree species and planting regions, most of them are on the mountains of more than 1 kilometer, so many people attribute it to Taiwan’s alpine tea. But in fact, Jin Xuan tea is a new variety after many years of cultivation in Taiwan’s tea improvement field, and has its own unique charm.

The tea of ​​Jin Xuan tea is thick and tender. After the production of the oolong tea fermentation technology, the finished product is sweet and strong, and has a unique variety of fragrance. Essence At present, the planting area of ​​fresh tea has been only second only to fresh oolong. The planting area of ​​Jin Xuan tea has been ranked second, second only to Qingxin Oolong tea. It can be seen that Jin Xuan tea is so popular.

Well, the above 5 are the most distinctive representative tea in Taiwan’s oolong tea. I believe that many tea friends have already drank one or more of them. What are the different drinking experiences about this? Do you think Taiwan oolong tea is delicious? Which one do you like best to drink? Welcome to comment on your view below.