In daily life, it is very rare to have a cooking tool for hand. For pots and pans that are often used in daily life, it can be said that only those who have used them will know what is easy to use. I have gone through a lot of pits for the use of cooking tools. In order to avoid everyone entering the pit, I will share the experience of the milk pot here. 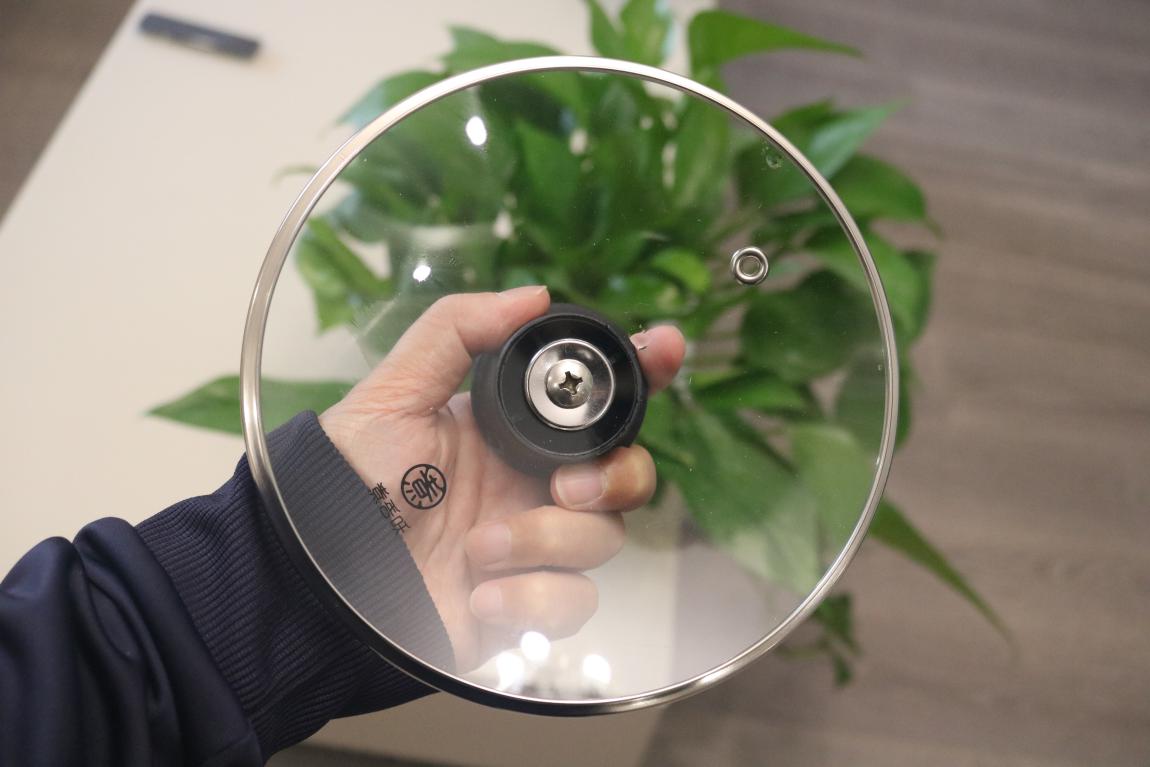 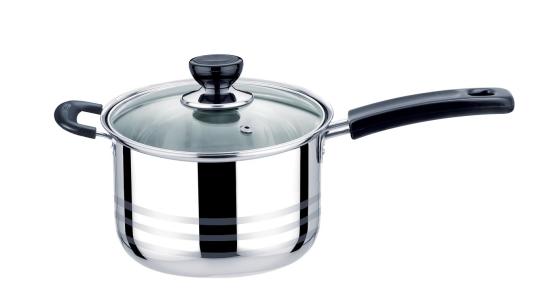 So after I was in pain, I resolutely gave up the stainless steel cooker and turned to start with a coating milk pot. This milk pot brand that started is Zhiwu cooking. I have tried the 7 -day nutrition porridge and soy milk series products that I have tried to cook. I personally feel very creative and nutritious. , I started this coating cooker again.

Choose a milk pot with coating. To put it plainly, you do n’t want to appear milk sticking to the pot. Knowing that there is a coating design on the inner wall of the milk cooker, so the black appearance is presented. The metal appliance is touched in order to avoid damage to the coating inside the pot to prevent the coating effect of the non -stickable pot. 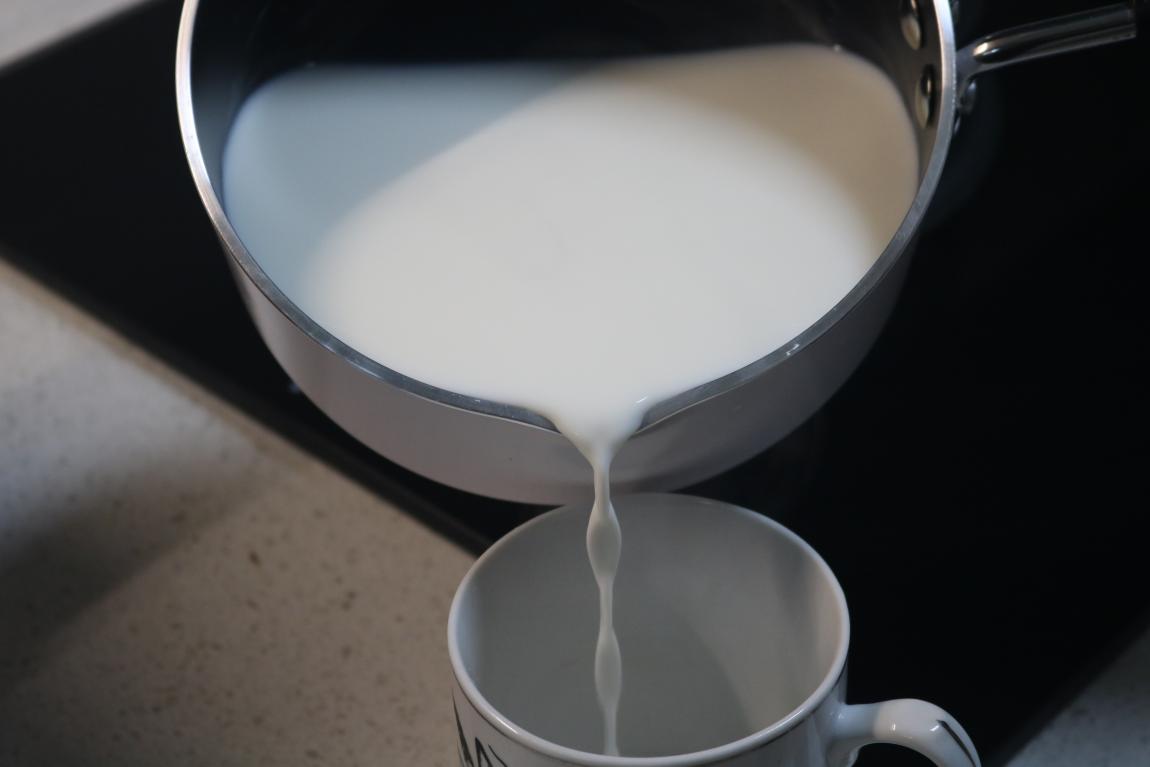 Zhiwu boiled milk pot designed Zhiwu’s cooking trademark on the lid, and on the rubber anti -scalding handle, a trademark of Zhiwu boiled. These two trademarks have a high degree of recognition and and the milk pot. The way to use is also very appropriate. After all, milk can be hot.

The lid of Zhiwu boiled milk pot uses a transparent tempered glass design. A breathtake is also designed on the pot lid to discharge the steam appropriately to reduce the phenomenon of beating of the pot lid due to the high steam.

The wall of the pot of Zhiwu cooked milk pot also designed a water outlet to facilitate the hot milk or soup out of this outlet. The previously used stainless steel milk cooker did not have this design, so it was more troublesome every time you dumped. You need to keep your milk or soup at all times. 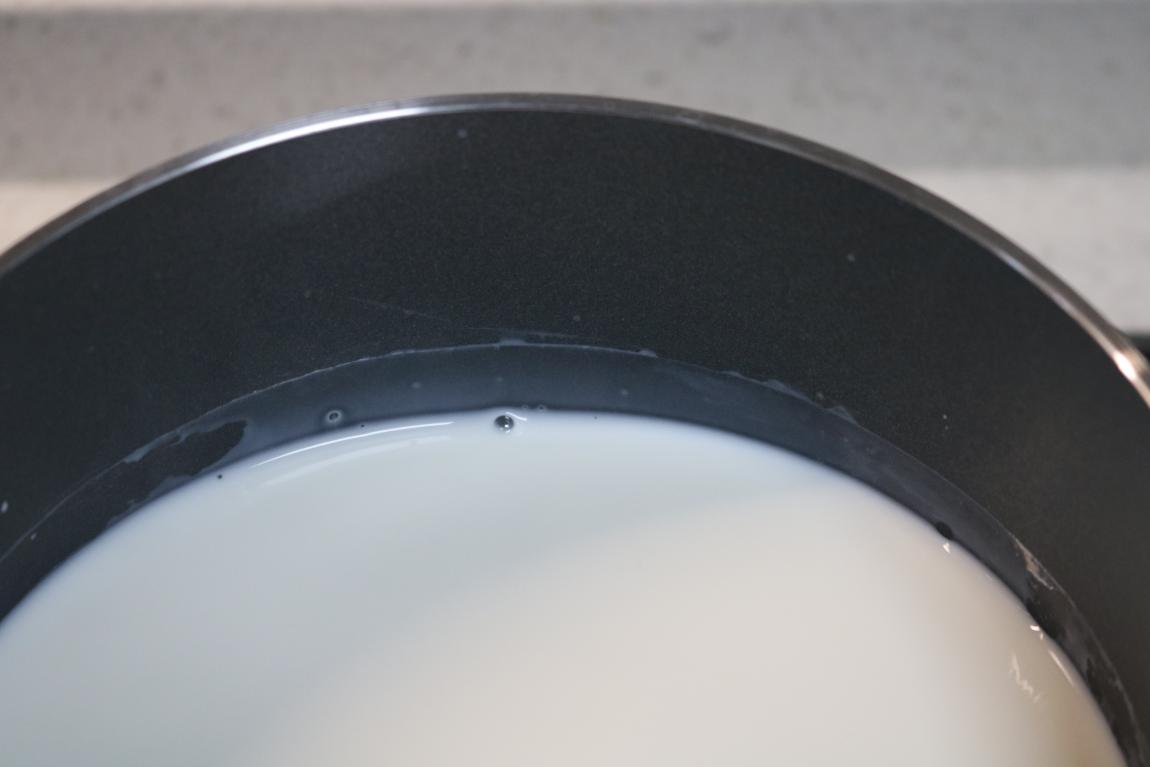 The appearance of Zhiwu’s cooked milk cooker on the gas cooker is still very beautiful, and the size is very suitable. Even if it is not used, it is the same as a piece of art. 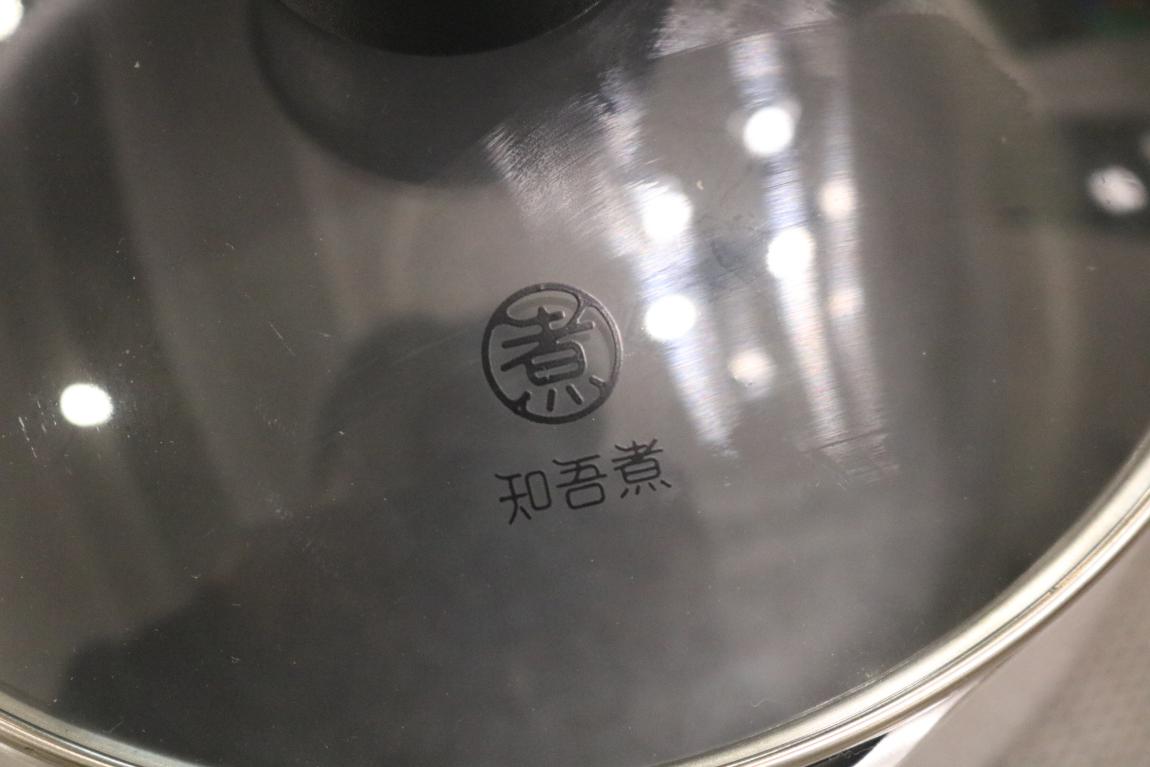 Before use, according to the suggestions in the instructions, a small amount of vinegar and water were added to the Zhiwu cooked milk cooker. After boiling the water, pour all the water and vinegar in Zhiwu’s milk cooker, and then rinse it with water. 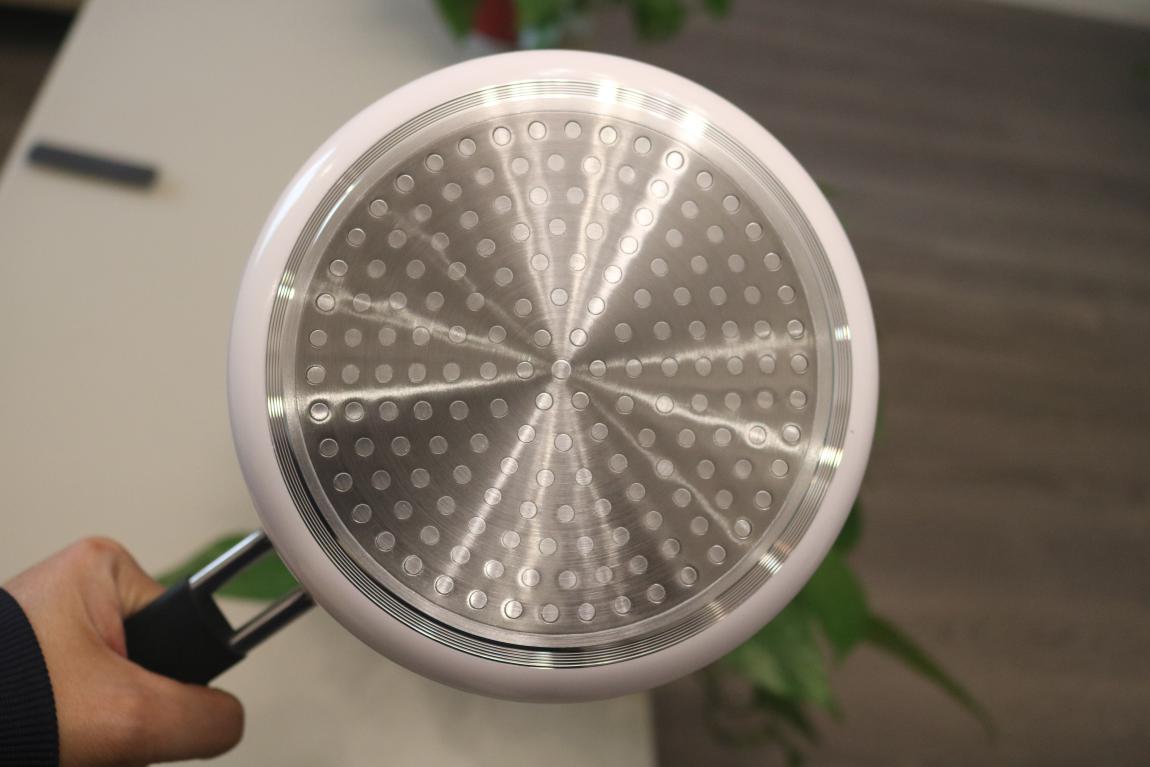 The next step is to add milk in Zhiwu’s cooked milk cooker. Now it is a box of light milk. The family of three requires three boxes, about 750 ml, and pour about half of the volume of less than half of the Zhiwu cooked milk cooker. After the milk falls in, it can be heated. I usually use a lot of bright fire. It is recommended to use an electromagnetic cooker to heat up the milk pot, which is more convenient, and it will not destroy the white appearance. 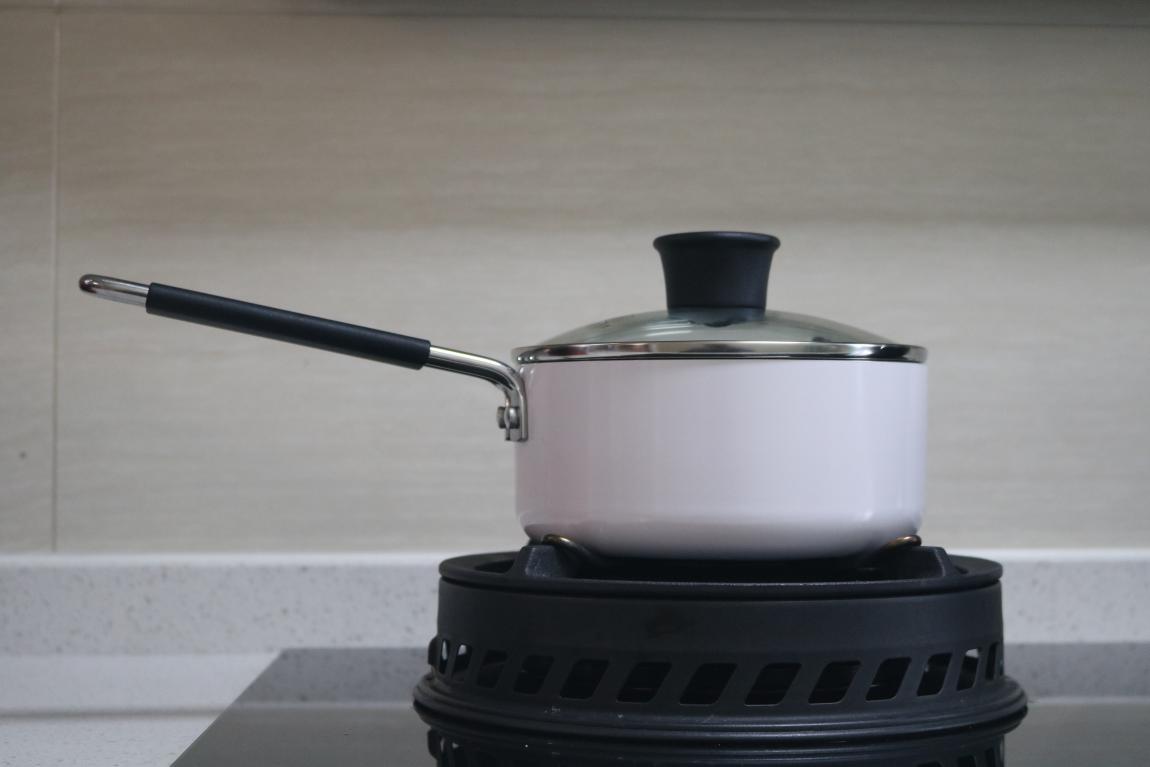 According to my personal experience, milk does not need to be completely boiled, because the milk will be bang without paying attention after the milk is completely boiled, so the milk can be heated to about 10 minutes according to the experience of the experience. At this time, there is already a layer of milk surface on the surface Film. Zhiwu boiled milk cooker because there is an inner wall that does not stick to the coating, so the milk will not have too many residues on the inner wall of the pot, and it is very convenient to clean it. After rinse it with water, wipe it with a dishwashing cloth and clean it. It’s right.

Everything is ready, and the fragrant hot milk will come out of the pot. My breakfast varieties are also very rich, and there are often conditions where milk and porridge appear at the same time. At present, breakfast porridge still has to mention the 7 -day nutrition porridge of Zhiwu. The ingredients are different every day. One taste of porridge every day makes you feel good every day.